A short word about Fra 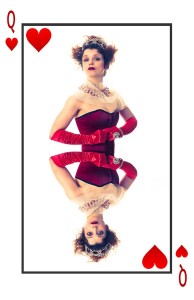 Fra Martó studied circus at Carampa Circus school (Madrid, Spain) and at the National Centre for Circus Arts (London, UK) where she graduated in 2007.

She then moved on to further develop her knowledge in dance (foundation year degree IdeaStore, London), physical theatre and clowning.

She has worked with different circus companies such as Long Spoon, UnA ViA Company, Dora and Dan, etc; at the same time she works as a solo performer in several Cabarets with her short pieces and tours her street shows all around Europe.

Fra’s interest lies in exploring a new type of narrative language that combines circus, movement and comedy, always creating a strong connection with the audience.